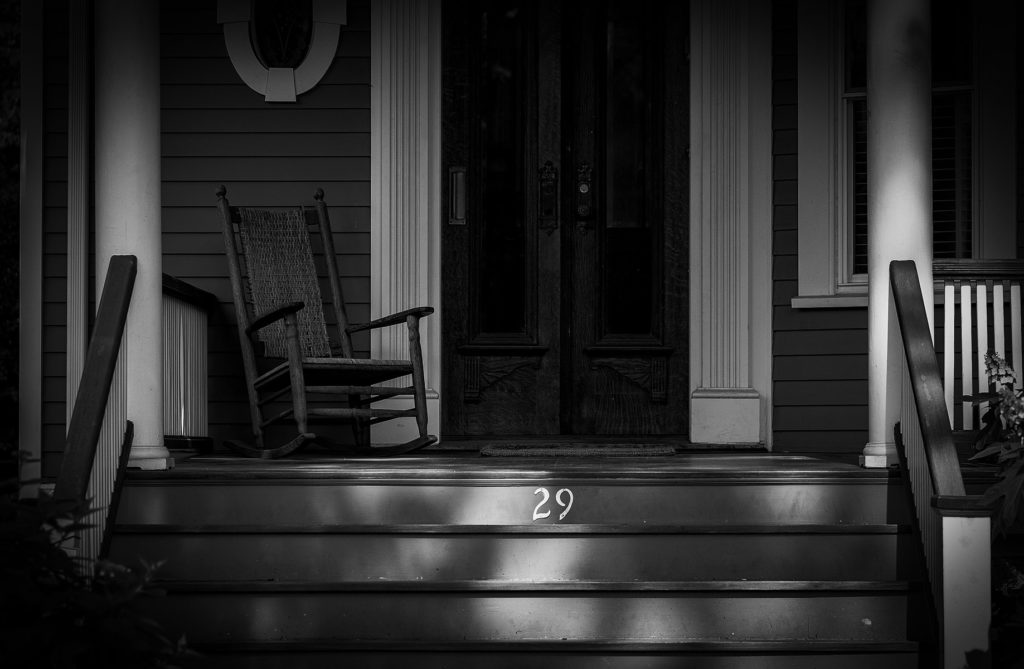 The Strange Visitor At House Number 29

She’s at the window, mug in hand
a young man steps into view
on her side of the street
out of an Uber, now sliding away.

His ironed shirt, his fresh haircut
everything on him speaks intention
except his feet; queasy, and
as willing as a flat tyre.

He checks a note, tucks it away
walks towards the other side
of her street, slowly, very slowly
to her neighbour’s porch at No 29.
He’s at their door
standing like a soldier
at the wrong war
without a gun.

She scurries from the window
and back just as fast
her mug refilled.

He’s at the door still
a kid screeches on the street
her eyes dart, but are quickly back.

Back on our friend
tapping on his thighs
pacing, behind the welcome mat

He spurs forward, on the mat
shoulders slightly up
bearing squarely at the door
he raises his hand
he brings it down
this time,
still not knocking.

He steps aside, and
hands on the wall, bows his face
she sees him reach for his pants
he pulls something out
shuffles to a porch post
and leans, blocked from sight.

After two minutes, maybe more
a car rolls into view, to a halt
he puts his phone (back) in his pants
scampers to the black sedan
as if something withered
between his thighs.

He’s in. The Uber leaves.

Stories ‘don’t’ always have a beginning, a middle and an ending/resolution. Sometimes, you are dropped into a random section of a bigger story, and pulled out before you can even make any sense of what’s happening, and that experience becomes a story on its own.

Imagine driving along the motorway, you look out of the window and see two well-dressed men who looked like 60-year old CEOs, trading heavy punches by the roadside. You have just a few seconds to process the scene with its limited information. Many questions run through your mind, that you know you may never get an answer to.

What caused the fight? What could have made two seemingly-highly- educated and respectable-looking elderly men, trade blows in the middle of the road in broad daylight? How long had the fight been on before you passed? Why did each man have behind him, an equally well-dressed woman who looked like his wife, cheering and egging him on? It no longer seems like an infidelity altercation like you thought. How did the fight end? Will it be on the news, on social media with more details? Your questions are endless.

In spite of your many questions and missing information, you’ll still get home, call your household and say “Ah! if you see what I saw on the road today!…”

I’ve been experimenting with writing poetry that tell such stories, where the writer comments about a specific relatable real-time event, and without making any speculation concerning what is being experienced, making the reader too a partner, a real-time observer, left to experience a simulation of the event as well, without the benefit of any additional insight.

I’m interested in knowing what your theories are  (as a reader) about the young man’s ordeal. Thanks

The Demon of Truth

A Bar of Soap