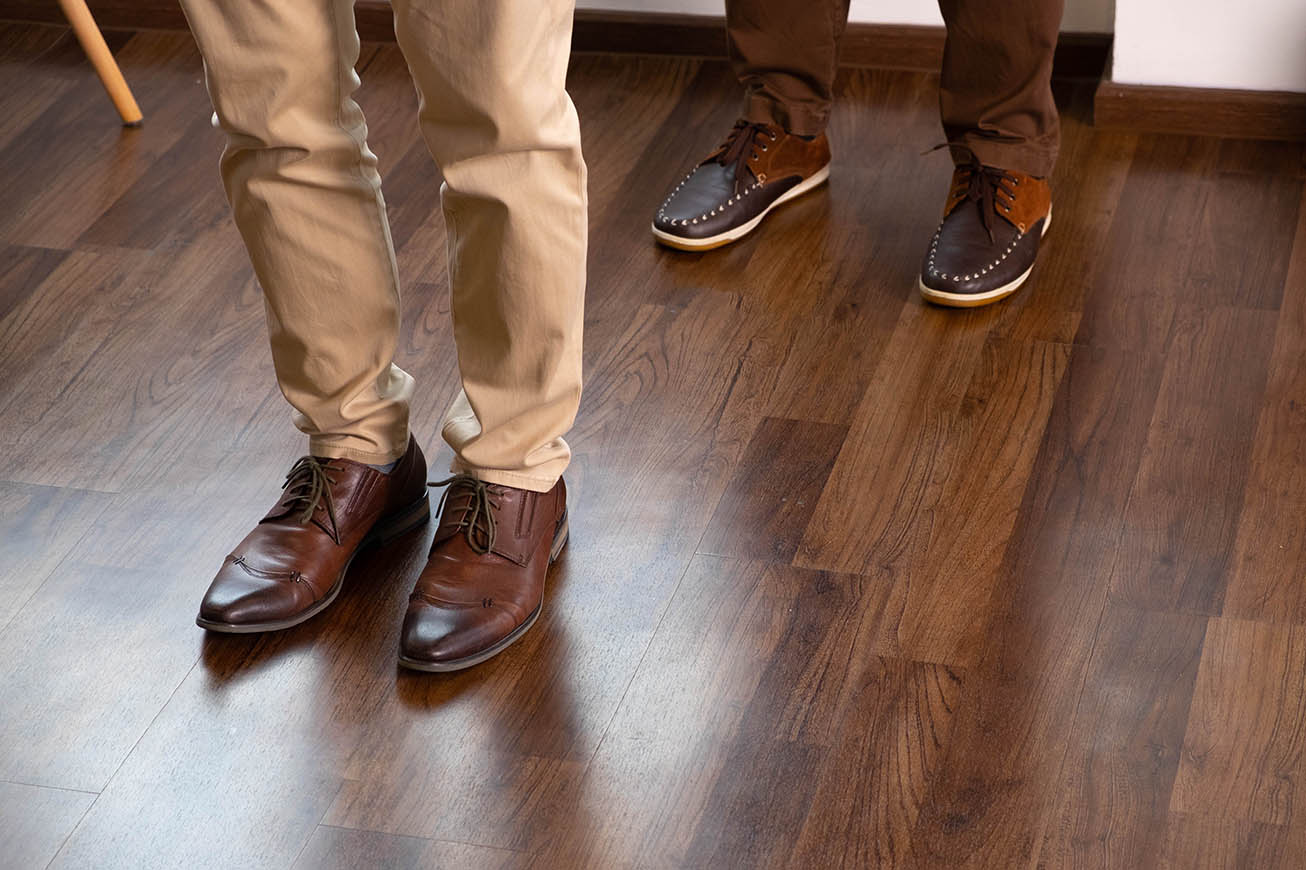 It was a few days to Valentine’s Day. On my way home from the post office, I stopped at the bank but almost turned away in shock. The hall was unusually crowded for a Thursday afternoon. I joined a long queue that was cordoned into several parallel aisles by barriers to maximize the crowded space.

On the aisle beside me was a conspicuously pretty lady, who must have been in her late twenties. She wore a yellow flower-patterned sundress, that seemed to illuminate the space around her like a filament lamp. On her body were protrusions, that could provide a partial canopy for a small child on a sunny day.

I could see a few men in the banking hall casting sweeping glances her way.  I did as well; I am a man. Some women joined us, but from their piercing eyes, the wrinkled noses, and the mouths twisted into knots, you could tell our purposes were dissimilar.

The lady had her purse clutched under one arm, while intently looking down into her phone, held with both hands. It was hard to be sure if she was genuinely engrossed, or pretending to be unaware of the silent commotion she was brewing in the crowded hall.

The queue shuffled forward, just as a casually-dressed man dangling car keys, walked into the bank. I noticed his eyes rest firmly on the pretty woman. He walked towards her, then past her on the outside of the barrier, but not before briskly squeezing the mound on her rear, the way one checks for the softness of fresh Agege bread. There was no hesitation. He did it and  walked on, with a face as straight as a straw.

I gasped in shock, as his rude assault animated the flower petals on that region of her dress. The vicinity wobbled gently, like a rotund mound of smooth àmàlà on a flat plate.

The lady turned around briskly. There I was, standing squarely in her face, and the look on that face, was not the look on the face of someone who had won the lottery.

A soft pre-recorded female voice purred out from the speakers above our heads, but what I heard was ‘’you’re in deep shit!’’

All along, my left hand had been resting innocently on the barrier that separated us, but after what happened, I looked down, and it suddenly appeared guiltily too close to the ‘crime scene’.

She shifted her piercing gaze from my face to my baffled hand which was still on the barrier, and whatever doubts she had, about the origin of the disturbance to her flower garden withered away. She looked up into my trying-to-be-expressionless face. I saw the coldest stare I have ever felt. It was tangible, I could dice my fingers on its sharp edge.

Any fool could tell that the situation was about to get ugly.

Do I wait for her to accuse me, and then in a calmly measured voice tell her it wasn’t me while slightly exaggerating how offended I am?

Should I make my denial right away, and very indignantly, to validate my innocence?

Should I dismissively tell her off, with gross disgust sprawled across my face at her bizarre accusation, for all to see?

Do I find a witness to attest to my innocence?

Surely, someone else in the banking hall must have seen that pervert when he rocked a complete stranger’s ‘plate of àmàlà’.

What if nobody saw him?

What if I’ll need to point out the culprit myself?

What if he denies it?

What if she does not believe me and starts an embarrassing drama?

Who would the people around readily believe?

These were the questions bouncing back and forth in my head like a ping-pong ball.  I stood there staring at her as she stared at me. It had only been a few seconds, but it seemed a lot longer and the room was definitely hotter.

With her eyes still locked on me, she angled her neck to the right, and poked the side of her head twice with her right index finger.

I had never heard anyone speak so softly yet sound so incensed.

Someone tapped her shoulder from behind her. She broke the searing gaze off of me and slightly turned around. It was the sick pervert again.

I nearly pointed at him while screaming ‘that’s him! He did it, not me!’

He leaned into her, over her shoulder and whispered. I heard the words ‘airport’, ‘your mum’ and something about an empty house. The lady stiffened as if something pricked her. It was mostly my innocence dawning on her.

She turned in my direction, without answering her husband. The menacing look had disappeared and had been replaced by a guilt that appeared to smear her makeup.

She contorted her mouth into a nervous grin, awfully similar to the kind an erring child would bait her parents with. It was painful to see her writhe in misery, but a part of me wanted to punish her a bit for the embarrassment she had caused me.

“I’m so so so sorry”, she breathed, reaching across the aisle and grabbing my left hand with both of hers, squeezing it gently as she cowered into an adorable ball of apology. It was effusive yet contained.

“It’s alright” I replied (with a casual, dismissive courtesy, as if she merely stepped on my shoe or knocked a pen off my hand) albeit, a wooden smile was scrawled across my relieved face.

“What’s going on here?”  demanded her husband, peering from behind her. He had his hand on her waist, and a sparkle in his eyes. He seemed genuinely unaware of what trouble he had caused.

“Nothing!” She replied, then flinched as he pinched the ‘àmàlà’ again, forcing her to muffle a giggle from infecting her remorseful face.

“Newlyweds!” I muttered, looking away as if the word leaves a horrible taste in the mouth.

“Cashier eight please!”, purred the lady on the speakers.

The queue shuffled forward lazily, like a car on punctured tyres.