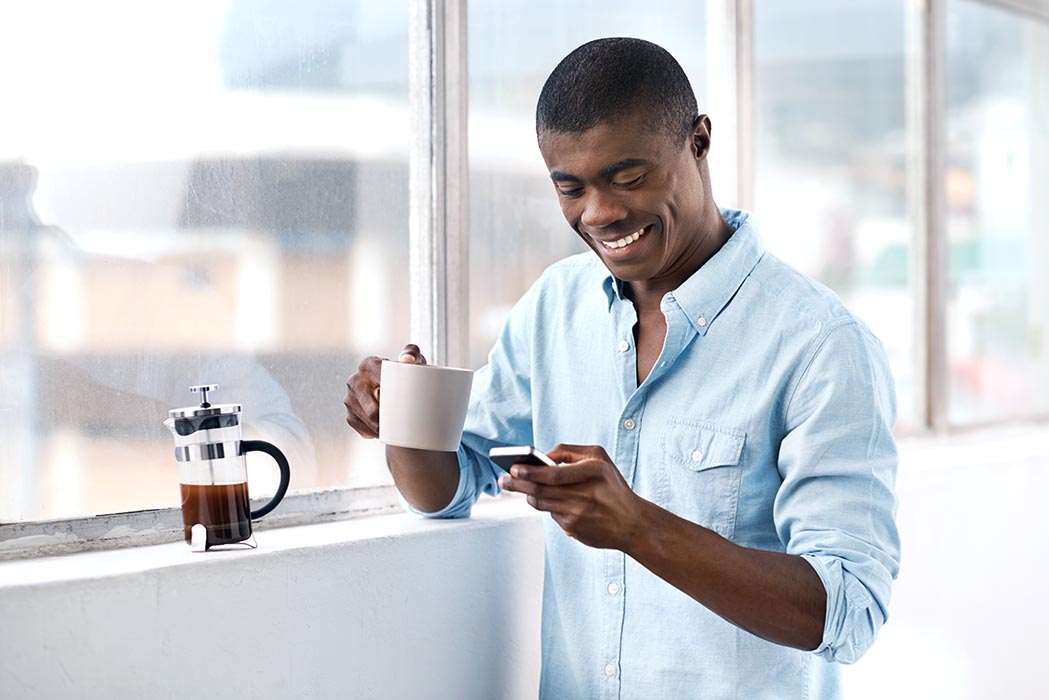 The Story of The New Phone

Monday morning, 10am, I was on my way to the bank, when my phone rang. It was Diji. I hit the receive button, and the phone went dead, again. I cussed under my breath. It was the third time that day and it had been happening almost daily for about a month.

The phone would randomly switch off, sometimes during important conversations, and often I would come upon it already lying dead, in my pocket or wherever I left it. I get a lot of business calls on the phone and a phone with a reckless mind is not good for business, but I decided I would hang on till I can buy a new high-end phone. Don’t judge me, I’ll rather have an epileptic top-end phone than be caught pants down with a cheap replacement phone.

When the phone trouble started, I concluded the battery had gone bad, so I got a ‘genuine replacement battery’ as declared by the guys at ‘Computer Village’, a popular street market, thirty minutes away from my house. It wasn’t a (genuine) battery problem; took less than a day to figure that out. I went back to the phone shop, and the guys were confident, this time, it was a problem with the ‘phone panel’ which I would need to replace.

Few minutes after I had said, “Okay, let’s do it”, I walked out of the shop with my phone, unfixed. Those godless guys wanted me to part with a third of the original cost of my phone, for ‘a new panel’. I concluded I had to get a new phone.

Last Monday after the phone went dead, I followed the routine fix of simply switching the phone on. Seconds after I did, Diji called again.

“Guy, what’s wrong with your phone?”

“…Guy, a beg I need some beautiful logo designs”

Diji had started a new business in a nice area of town. He said it was an electronics store. “Guy, abeg help me design very nice logos for my company” he said. He wanted a logo for his store. I told him it would cost him 120,000 naira but Diji slapped me on the face with a cacophonous reaction from the other end.

“Of course” I replied calmly, deliberately taking no offence.

Then he started reeling out 101 reasons it was unthinkable that I wanted him to pay for the service he requested. He talked it being ‘just a little favour’. He mentioned how we’ve been friends from secondary school, and friends do ‘things’ for each other. He described how his new business  gulped a lot of money and how I would only need my computer to do the design, without any need to procure ‘raw materials’.

I tried really hard to remain calm as I responded, reminding him it’s what I do for a living and it had taken years of dedication, practise and training to be able to do what he wants me to do. I asked him how he expected me to pay my bills, grow my business or save for design school if nobody wants to pay for my work. Diji wasn’t listening though; He only kept on with a nicely blended cocktail of blackmail and flattery.

Diji was excited and he heaped on a flurry of flattery.

“It’s fine Diji. That’s what friends are for.”

He laughed in agreement.

“So, can I get the logos later today?”

“Do you think I’ll just get home, press a few buttons on my keyboard and a logo will jump out?”

He laughed. “No man, but it’s kind of urgent, I need to proceed with the sign writers.”

“Listen Diji” I said firmly, “It’s a process that takes time and effort. I would need to have a conversation with you about your business, and  your brand.  I’ll need to understand your industry, your audience, your competition, and so many other things. After that, I would proceed with more researches based on the information gathered, and then I can start making sketches, which would have to go through a few stages of refinement, and that’s just for the logo, it doesn’t include developing the whole identity of your business yet… so, no! you cannot get the logos today, or this week”

“Okay, okay, no vex, so when will we meet to discuss?

I will come to your business, tomorrow morning” I responded.

“Thanks paddy mi, you be my guy, you are the boss!”

I smiled. I was about to say “it’s enough Diji, I’ll see you tomorrow”, but my phone shut me up, again.

“Stupid phone, your days are numbered” I muttered.

An hour later, on my way from the bank, I decided to go see Diji. He was happy I came earlier than promised, and was eager for us to start discussing the logo designs. His new store was quite impressive and I could see that he had put a lot of planning into it. It was a tastefully designed store and everything looked really elegant.

I told him I wanted to have a quick look around first. He didn’t object and was proud to give me a personal tour. I walked towards the electronics corner with Diji beside me as one of his sales attendants followed us.

“Nice stock you’ve got here bro” I said, stopping before a wide display glass that had a range of the latest smartphones in the market.

I looked towards his attendant who was standing reverently beside us. I pointed to an HTC M8 sitting elegantly behind the display.

“Please can I have a look at that?”

The young man unlocked the glass cabinet and handed me the phone.

“Do you know that phone has three cameras? Diji declared.

“Really?” I enquired curiously, as I caressed the beautiful phone in my palm.

“Oh yes, it does. There’s a front facing one, a rear camera, and the third one is for capturing depth of field…”

“Really! ” I was honestly impressed and for a while began to consider owning the phone.

“Diji, dash me this small phone abeg, make me sef use big phone.” I said cheekily.

“Carry am dey go now”, he said sarcastically, slapping me playfully on the back.

“You want to kill my business before it even starts?” he added.

I wasn’t laughing. He noticed this, and his laughter quickly shrunk into a puzzled gaze.

Diji was tongue-tied as he realised I had tricked him. The attendant began to step away, not wanting to witness his boss being humiliated by his friend.

I walked towards the checkout, leaving Diji standing there, stroking his stub and smiling stupidly. I had been considering the HTC M8 anyway, I decided that was the best time to buy it.

Few minutes after, I was the proud owner of a new phone.

“Diji, If you still need your logos, call me on my new phone” I said, grinning triumphantly as I walked out of the store.